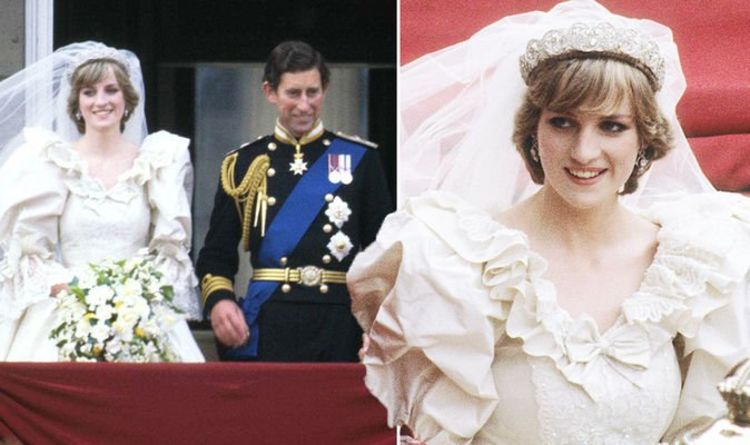 40 years since the wedding of Princess Diana and Prince Charles: the bride wore a now infamous dress

The royal couple got married on July 29, 1981 at St Paul’s Cathedral in London during a traditional Church of England service. Lady Diana Spencer, as she was called then, wowed the crowd in a fairytale dress as she walked down the aisle at the age of 19 with her father, Earl John Spencer. The wedding dress was valued at £ 9,000, which would work out to around £ 35,000 in 2021.

The dress was made of ivory silk taffeta and lace, and hand embroidered with sequins and 10,000 pearls.

British designers were called Elizabeth and David Emanuel and this dress made them well known names in the fashion market.

The dress had a 25 foot train of ivory taffeta and antique lace that slid down the aisle of the cathedral.

Princess Diana wished she had the longest train in royal wedding history, so the dress was designed with her wishes in mind.

The puffed shoulders and balloon-style skirt were loved by many, but by contemporary fashion standards, it’s clear that the wedding took place in 1981.

Some fashion commentators have criticized the material for the wrinkled appearance of the dress, however, the designers claim they were unaware that the material was so prone to wrinkling.

Royal wedding dress designer Chloe Savage says: “It was a beautiful dress, but someone should have warned them that it was going to be crammed in the car!

Diana also had a short hairstyle styled by hairstylist Kevin Shanley for the special day.

His shoes were low heels and designed by Clive Shilton, with the initials C and D painted by hand.

Barbara Daly made Diana up for the wedding and the nineteen-year-old looked gorgeous.

Prince Charles, 32 at the time, wore his full naval commander uniform, as expected of the heir to the throne.

Their marriage was universally promoted as a “fairytale wedding” and the “wedding of the century”.

The estimated worldwide television audience for the royal wedding was 750 million people.

Events were also held across the Commonwealth to celebrate the Royal Wedding.

Street parties were very common throughout the wedding week, and merchandise was sold across the country to honor the occasion.

The royal couple formally married for fifteen years and finally divorced in 1996, although they separated four years earlier in 1992.

Each of the Prince and Princess of Wales’ children, Prince William and Prince Harry, have had their own royal wedding.