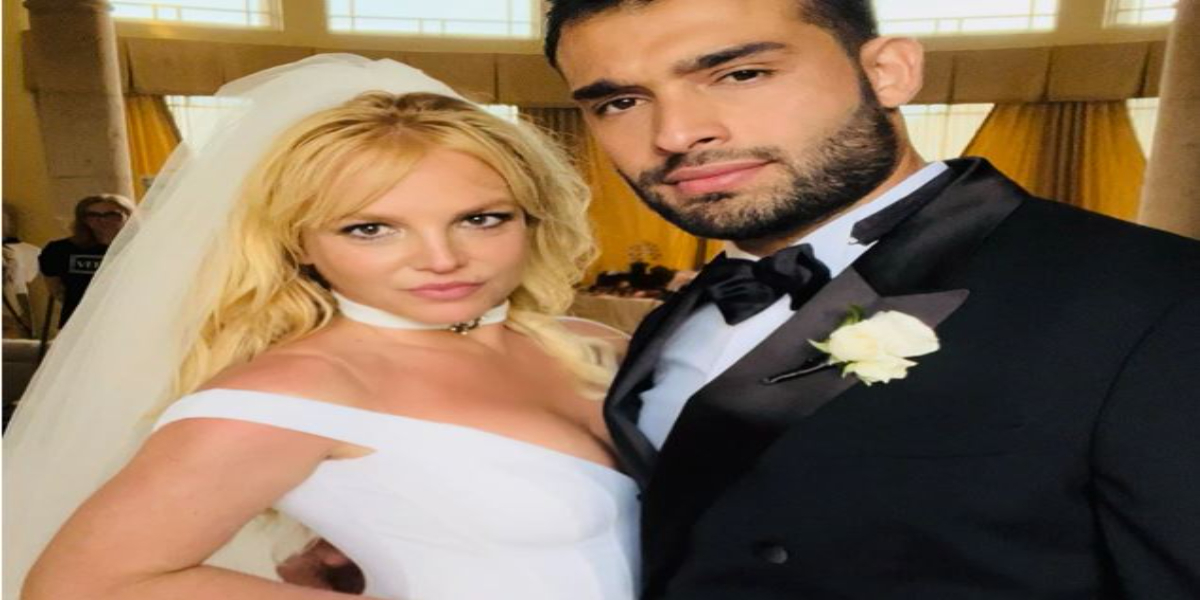 Britney Spears has thanked Versace’s team of seamstresses for transforming her into a “real princess” on her wedding day.

The singer posted a video of the procedure online, revealing that the garment required more than 700 hand stitches to make and sew.

The dress was made of a delicate white silk cady with a portrait neckline that passed over the shoulders and was finished with a stream of pearl buttons.

The wedding was a private event attended by celebrities such as Paris Hilton, Madonna and Donatella Versace, who is a close friend of the couple.

“Happiest day to see @britneyspears marry @samasghari. Seeing them both in Versace on their special day makes me so proud,” Versace wrote on social media after the wedding.

The wedding day was ruined by Spear’s ex-husband Jason Alexander, who showed up unannounced at the venue in an attempt to “crush” the occasion.

Britney Spears’ ex-husband has been denied a bail reduction and will remain behind bars after being charged with criminal harassment and four misdemeanors.

At a hearing on Monday he pleaded not guilty to all charges but his bail was set at $100,000 (£82,000). A three-year restraining order was also imposed requiring him to keep at least 100 yards away from the pop sensation.

His appeal to have the bail amount reduced, as well as his request to be released from jail, were both denied by Judge Catherine Voelker at a bail hearing Wednesday in Ventura County Superior Court.

He was again remanded in custody and is currently being held in the Ventura County Jail for two preliminary hearings next week.

Last Thursday, the 40-year-old singer and her 28-year-old fitness trainer partner Asghari tied the knot in a small ceremony.

Selena Gomez, Drew Barrymore, Paris Hilton, Donatella Versace and Madonna were among the celebrities in attendance.