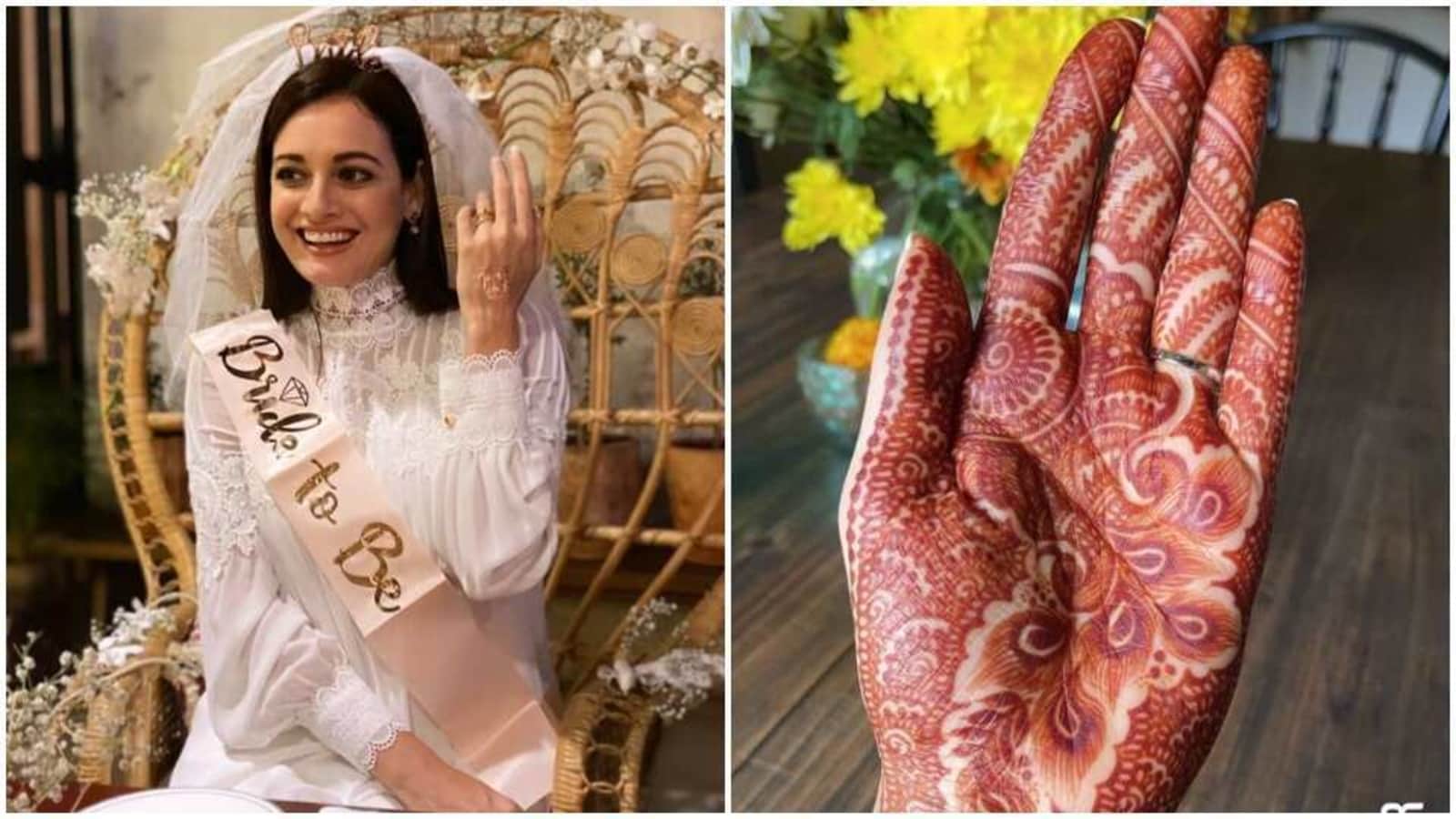 Actress Dia Mirza might not say it in so many words, but she is ready to marry Vaibhav Rekhi. On Monday, which would be her wedding day, she took to Instagram Stories to share a photo of her hand, decorated with henna. She also retweeted a photo of herself from her bridal shower on Friday.

The actor’s mehendi function appears to have taken place on Sunday. Along with the photo, Dia wrote: “Pyaar (love)”.

Although Dia did not confirm the wedding information, she attended a party with Vaibhav and a few friends on Friday night. It has now been confirmed to be her bridal shower. Her friend shared a photo of Dia, sitting in a chair with a “bride-to-be” sash.

Dia’s house was also decorated with flowers. Look at the picture :

Pooja Dadlani, manager of Shah Rukh Khan who appears to be close to Vaibhav, had shared a photo of the two on Instagram and welcomed Dia to the family.

Sharing a photo of the happy couple and a group photo of the rally, Pooja wrote: “Welcome to our crazy family @diamirzaofficial … we love you all.” Dia responded to the post by dropping a heart emoji in the comments section.

Later, as she left the party, Dia was surrounded by the paparazzi, who wished her congratulations. The actor blushes and smiles at their words.

Dia was previously married to film producer Sahil Sangha. They split in 2019 after being together for 11 years. She’s been said to have been in a relationship with Vaibhav for some time, but they never talked about it.

Dia was last seen at Anubhav Sinha’s Thappad. The film starred Taapsee Pannu and Dia played the role of a single mother who didn’t feel the need to remarry.

Dos and don’ts in wedding photography

How to Start and Grow a Successful Wedding Photography Business

“I’m getting married TOMORROW and I hate my wedding dress” –…

Viral: A wedding in a week is… The bride waking up with the groom……