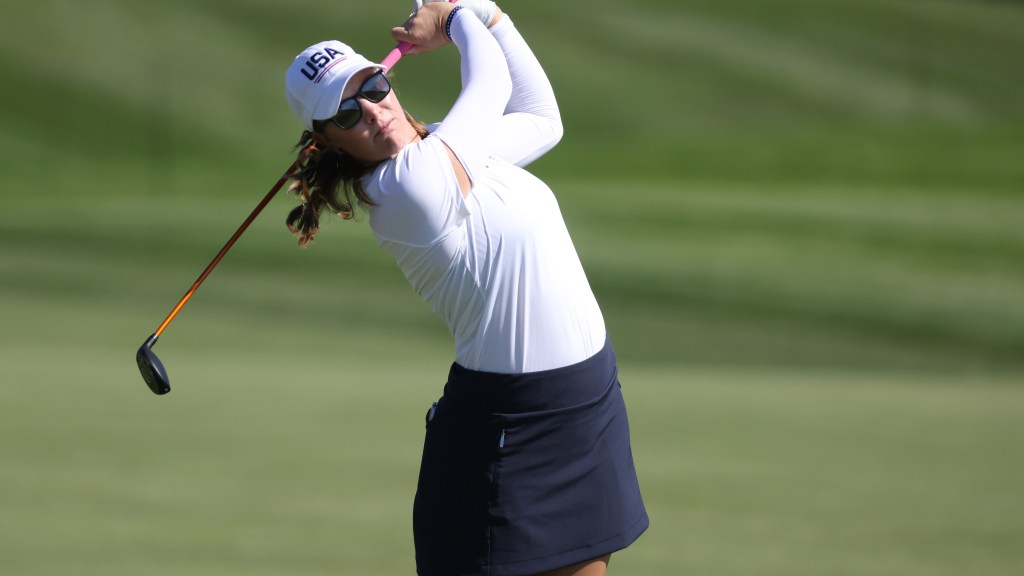 TOLEDO, Ohio — Jennifer Kupcho enters her first Solheim Cup on the highest notes after getting engaged to Jay Monahan (not that one). The couple met at Superstition Mountain Golf and Country Club in Gold Canyon, Arizona, and have been together for a year and a half. Monahan is now a caddy on the LPGA.

“He took me to a really fancy, nice restaurant,” Kupcho said of the proposal, “and he came out on the plate with the dessert, and on the plate it said, ‘Want- you marry me”, so that was really cute.”

Kupcho said they chose the ring together.

The 24-year-old Wake Forest graduate qualified for her first-team Solheim Cup via the Rolex Rankings and is part of a group with Danielle Kang, Austin Ernst and Lizette Salas, meaning her couples of the week will come from this trio.

“Yeah, I’m really excited, definitely overwhelmed,” she said. “The whole experience was really special. These girls put me and Angela at ease just to put me at ease and prepare me for what’s to come.

“A lot of times rookies look around and check things out,” Stanford said, “but she’s been very good at being very focused on what she needs to do. So I have to remind myself that she’s a rookie because she didn’t act like a rookie.