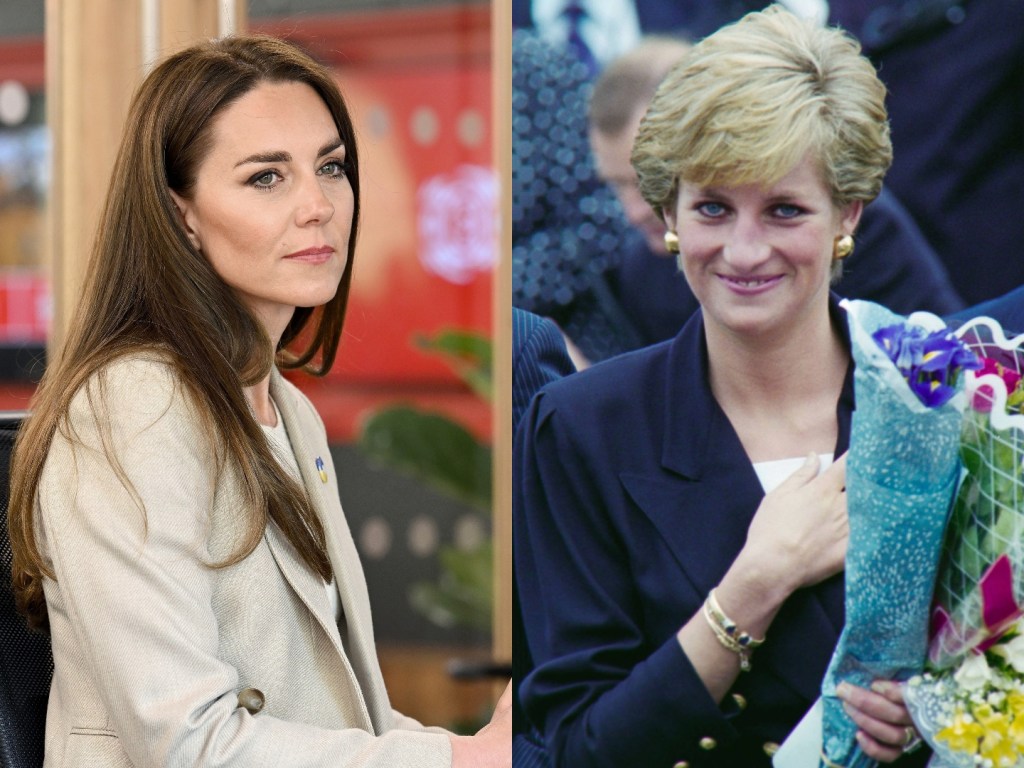 If you purchase an independently reviewed product or service through a link on our website, SheKnows may receive an affiliate commission.

Becoming a new member of the royal family is no small feat. But when it comes to the former royal girlfriends of Prince Harry and Prince William, the scrutiny they faced was truly insurmountable. Now we know even more about what Kate Middleton, in particular, had to go through when she was just William’s girlfriend. In Tina Brown’s new royal book, the author reveals how the paparazzi’s focus on the future Duchess of Cambridge was almost like seeing what Princess Diana met again.

In The Palace Papers: Inside the House of Windsor – The Truth and the Hustle, Brown recalls the relentless tabloid and media attention Kate faced when she and William were dating. “Kate was pursued relentlessly in London. She was harassed when she left her Chelsea flat in a way reminiscent of the harassment of young Lady Di,” writes Brown. The author even goes so far as to say that Kate’s treatment featured “once again an excess of 90s paparazzi”.

Even years into their relationship, Prince William apparently didn’t know if Kate Middleton was the one he wanted to spend his life with. https://t.co/Z3MZmiw2aR

There were even times when Kate encountered rude and vulgar taunts from paparazzi to try and get a reaction out of her as they took pictures. “As she walked through Paddington station or an airpot, barbaric photographers shouted ‘Bitch!’ ‘Whore!’ ‘Slag, look over here!’ to try to ramp her up like they did with Diana,” Brown continued. Despite this cruel treatment, “Kate received no official Palace assistance to ward off the photographers and TV crews who were waiting for her. ‘she gets out of work’.

These types of interactions went on for years. And Brown makes an important observation about how Prince Harry and Prince William’s former girlfriends were left to fend for themselves. “Most royal girlfriends without a ring on their finger were left writhing in the wind. The harsh rebuke William gave to the press in 2007, after Kate Middleton was besieged outside her flat by a press crew waiting for a wedding announcement, came after a stable five-year relationship.

Brown’s observations fully underscore how intimidating joining the Royal Family was for Kate and Princess Diana. Then again, with Diana, his stardom skyrocketed and the attention on the young royal was relentless – almost nothing like it had been seen before. At one point, it must have felt like watching history repeat itself as the endless attention on Kate Middleton just didn’t seem to stop. It’s a shocking reminder of just how ubiquitous paparazzi attention can be and how much Kate and Princess Diana have had to endure alone.

The Palace Papers: Inside the House of Windsor – the truth and the hustle by Tina Brown

Even as casual watchers of the British Royal Family, there’s still so much we don’t know about what’s going on at the House of Windsor. 2022 is shaping up to be a momentous year for the royal family. But with historic highs come lows and pitfalls. Royal biographer Tina Brown takes readers through the troubling years after Princess Diana’s death, the rift between Princes William and Harry, Prince Andrew’s scandals and Queen Elizabeth’s continued resolve through it all in The Palace Papers: Inside the House of Windsor – the truth and the hustle. Brown’s book features intimate new details about the Royal Family and examines how the House of Windsor is entering a new era.

‘The Palace Papers: Inside the House of Windsor – the Truth and the Turmoil’ by Tina Brown

Before you go, click here to see things you didn’t know about Kate Middleton before she met Prince William.