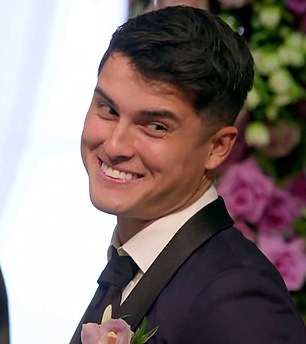 He is set to wed gorgeous blonde Samantha Moitzi in his upcoming Married At First Sight wedding, which airs Sunday night.

But the arrogant groom Al Perkins seems to take a shine to another woman seated among the guests at the couple’s nuptials.

In a preview for the upcoming episode, the cheeky carpenter asks the woman ‘Are you the mom?’ before displaying a mischievous smile. 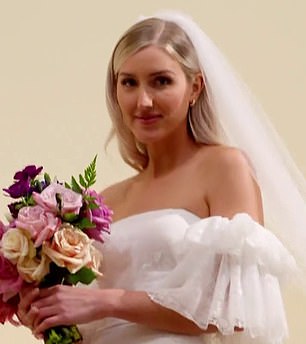 Cheeky! Married at first sight groom Al Perkins, 25, makes a pass at one of his bride Samantha Moitzi’s wedding guests at their wedding, which airs on Sunday

‘No. We are friends, replies the woman.

Al then opens his mouth wide in disappointment before letting out a sigh.

Elsewhere, Al showcases his athletic prowess by doing ‘the robot’ and ‘the worm’ dance moves at his wedding. 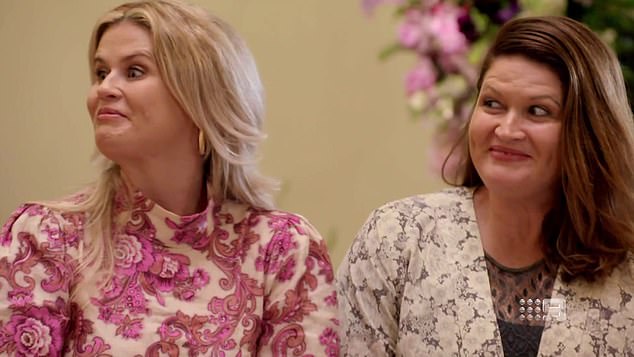 Annoying; In a preview for the upcoming episode, the cheeky carpenter asks the woman “Are you the mom?” before displaying a mischievous smile. ‘No. We are friends, retorts the woman

He also does a number of pushups, even with one arm.

However, Al’s mother takes him down a notch by telling his new wife that he “doesn’t cook” at home.

“He doesn’t cook and he’s not very good at cleaning,” she says. 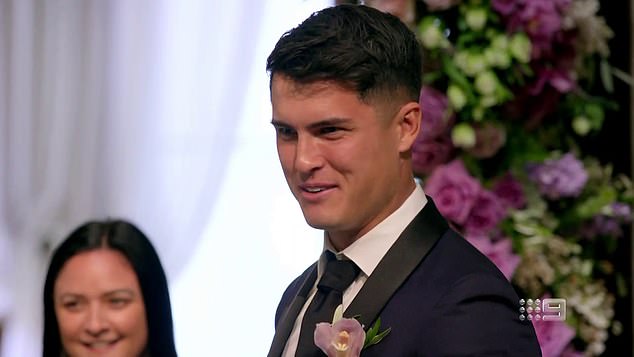 Disappointed? Al then opens his mouth wide in disappointment as he lets out a sigh.

“He just likes to have his dinner served and his lunch prepared for the new day.”

Samantha remarks that there are definitely “red flags” and that she “has dealt with enough boys in her life” in the tense scenes.

She is also seen crying as she talks about her “family grief” in the opening scenes of the trailer. 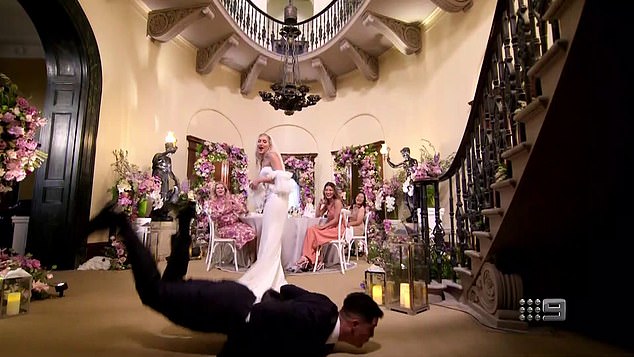 Embarrassing: Elsewhere, the arrogant groom shows off his athletic prowess by doing ‘the robot’ and ‘the worm’ dance moves at his wedding

“I deserve a happy ending,” she says as she is seen coming down the stairs.

“I hope with all that he is the person I have been waiting for all my life.”

The debate could revive on small loans