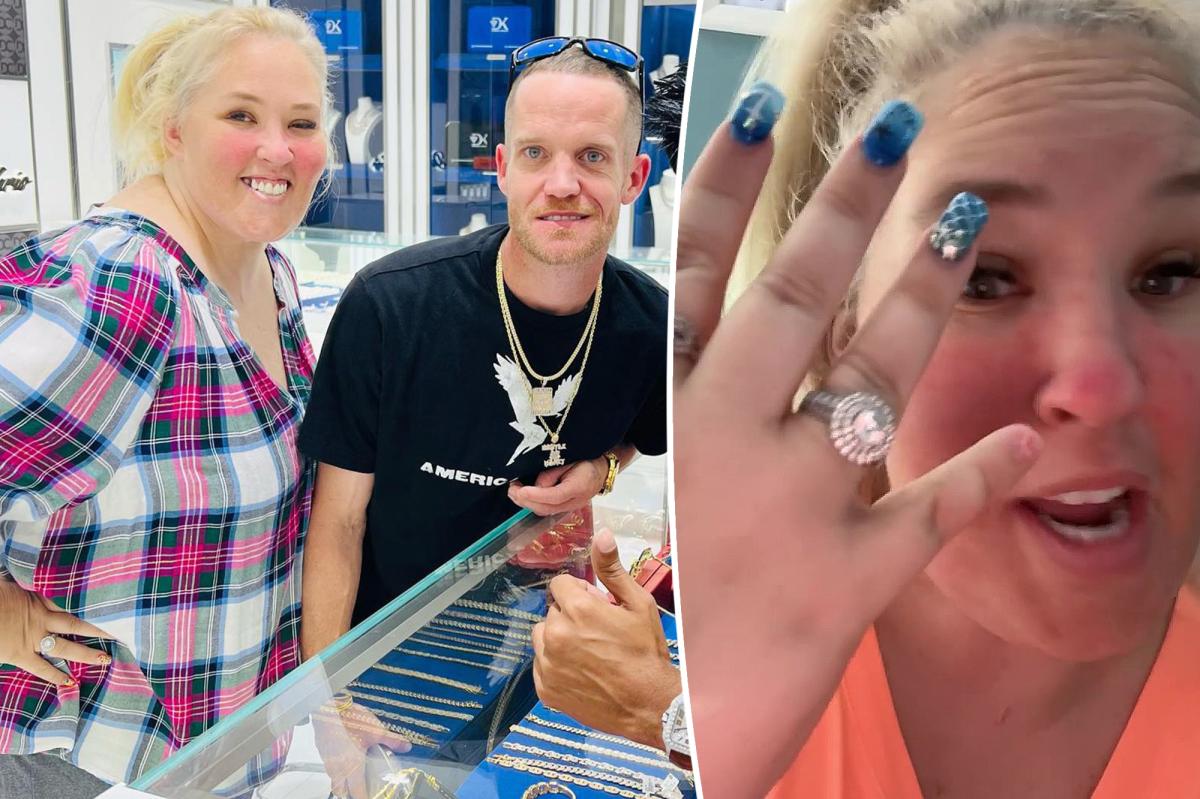 It seems Mama June’s path to redemption involved a walk down the aisle.

In an Instagram video shared on Wednesday, the former ‘Toddlers and Tiaras’ star confirmed she was “off the market” and married to Justin Stroud.

She captioned the video with “happy”, “#myforever” and “#truelove”, showing off both her engagement ring and wedding band for the first time.

Honey Boo Boo’s mom sported what appears to be a round diamond with multiple halos and a pavé band for a bit more bling.

The longtime reality star, 42, also urged fans to tune in to her show, ‘Mama June: Road to Redemption’, to find out more about her relationship with husband Stroud, whom she married in March after less than a year of dating.

A clerk at a Wilkinson County, Georgia, courthouse confirmed to Page Six on Tuesday that the couple tied the knot in a secret ceremony.

Mama June Shannon and Stroud first sparked engagement rumors when Page Six posted exclusive photos of the pair shopping at a Kay Jewelers store at the Auburn Mall in Auburn, Ala.

A similar style from Kay Jewelers sells for around $3,500 for a 1.5-carat center stone, though it’s unclear which ring Stroud chose.

This marks Shannon’s first marriage, as she was never legally married to ex Mike “Sugar Bear” Thompson – who is Alana “Honey Boo Boo” Thompson’s father – although the couple were engaged to 2013 to 2014 before their separation.

She then dated Geno Doak in 2019. The duo were arrested together at an Alabama gas station after a domestic dispute, after which Doak was sentenced to 16 months at Macon Community Corrections.

Stroud was arrested in Florida in February on an outstanding warrant for drug charges at a gas station, Page Six confirmed. He was released from prison in mid-March, where Shannon was pictured waiting for him.