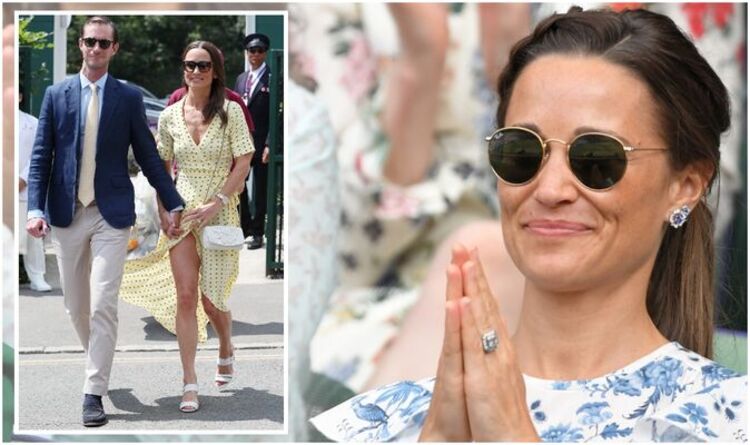 Pippa Middleton, the younger sister of Kate Middleton, burst onto the fashion scene in 2011 at her older sister’s royal wedding when she was the bridesmaid. Her stunning white satin dress immediately went viral for showing off her amazing figure. It was designed by Sarah Burton for Alexander McQueen, and Pippa instantly became an overnight sensation.

Pippa’s own wedding ceremony in 2017 was a much more low-key affair, with tight security on the estate, villagers asked to wear identification and not speak to the press.

Although she’s not technically a member of the royal family, Pippa’s engagement ring with James Matthews has a surprising royal connection.

The ring is worth around £250,000 and the center stone is an Asscher cut diamond, of royal origin.

The cut type was invented in 1902 by Joseph Asscher, who formed the Royal Asscher Diamond Company.

This company became prestigious diamond cutters who provided jewelry to Queen Juliana of the Netherlands.

Pippa’s dazzling diamond is believed to be around three carats and is surrounded by unique smaller gemstones, creating an eye-catching design.

The style is reminiscent of a vintage ring, which is definitely Pippa Middleton’s style.

James asked Pippa’s father, Michael Middleton, for her hand in marriage before the proposal.

Made in Chelsea star Spencer Matthews was also on the guest list, as he is the brother of James Matthews.

The bride looked amazing in a Giles Deacon lace gown, which had a vintage-chic flair.

It featured a Victorian neckline top, an A-line skirt and delicate cap sleeves.

The Duchess of Cambridge wore a powder pink dress by Alexander McQueen, who was notably the same designer for her own wedding dress in 2011.

The bridesmaid announces her engagement at her friend’s wedding!

The Bridal Lehenga was designed by…