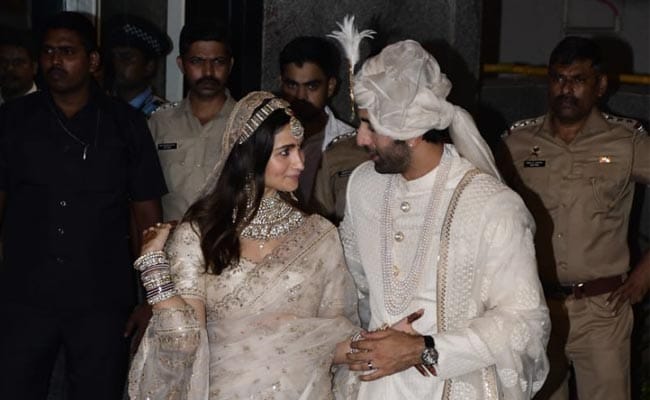 Alia Bhatt and Ranbir Kapoor pictured after the wedding.

Alia Bhatt and Ranbir Kapoor tied the knot on Thursday and the star couple looked perfection personified in white Sabyasachi ensembles. The bride in white and gold sari and the groom in white Sherwani. To make the wedding ensemble even more special, Alia Bhatt had her wedding date inscribed on the sari. Diet Sabya (an anonymous but verified Instagram account known for exposing designer scams), known for all things fashion, shared a preview of the inscribed text on Alia Bhatt’s sari. Sabyasachi was the official designer for Alia Bhatt and Ranbir Kapoor’s wedding.

Here is a photo of the text inscribed on the sari. 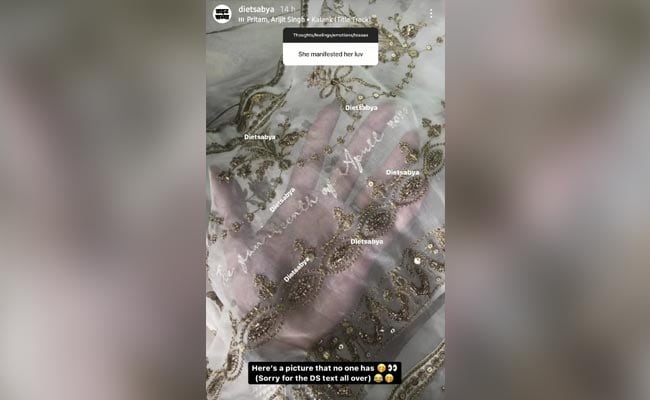 In recent years, Sabyasachi has been the top choice of Bollywood stars when it comes to wedding ensembles. Anushka Sharma, Katrina Kaif, Deepika Padukone, Priyanka Chopra, Vidya Balan and Patralekhaa – wore outfits by him.

Ranbir Kapoor, son of veteran actors Neetu Kapoor and the late Rishi Kapoor, made his debut in 2007 with Sanjay Leela Bhansali’s Saawariya. He is best known for films like Tamaasha, Rockstar, Bachna Ae Haseeno, Ae Dil Hai Mushkil, among others. Upcoming projects include Ayan Mukerji’s fantasy trilogy brahmastrawith his wife Alia Bhatt and Amitabh Bachchan and Shamshera, in which he will share screen space with Vaani Kapoor and Sanjay Dutt. He will also be seen in Sandeep Reddy Vanga’s Animal with Bobby Deol, Anil Kapoor and Rashmika Mandanna.

My daughters are “too big” for this