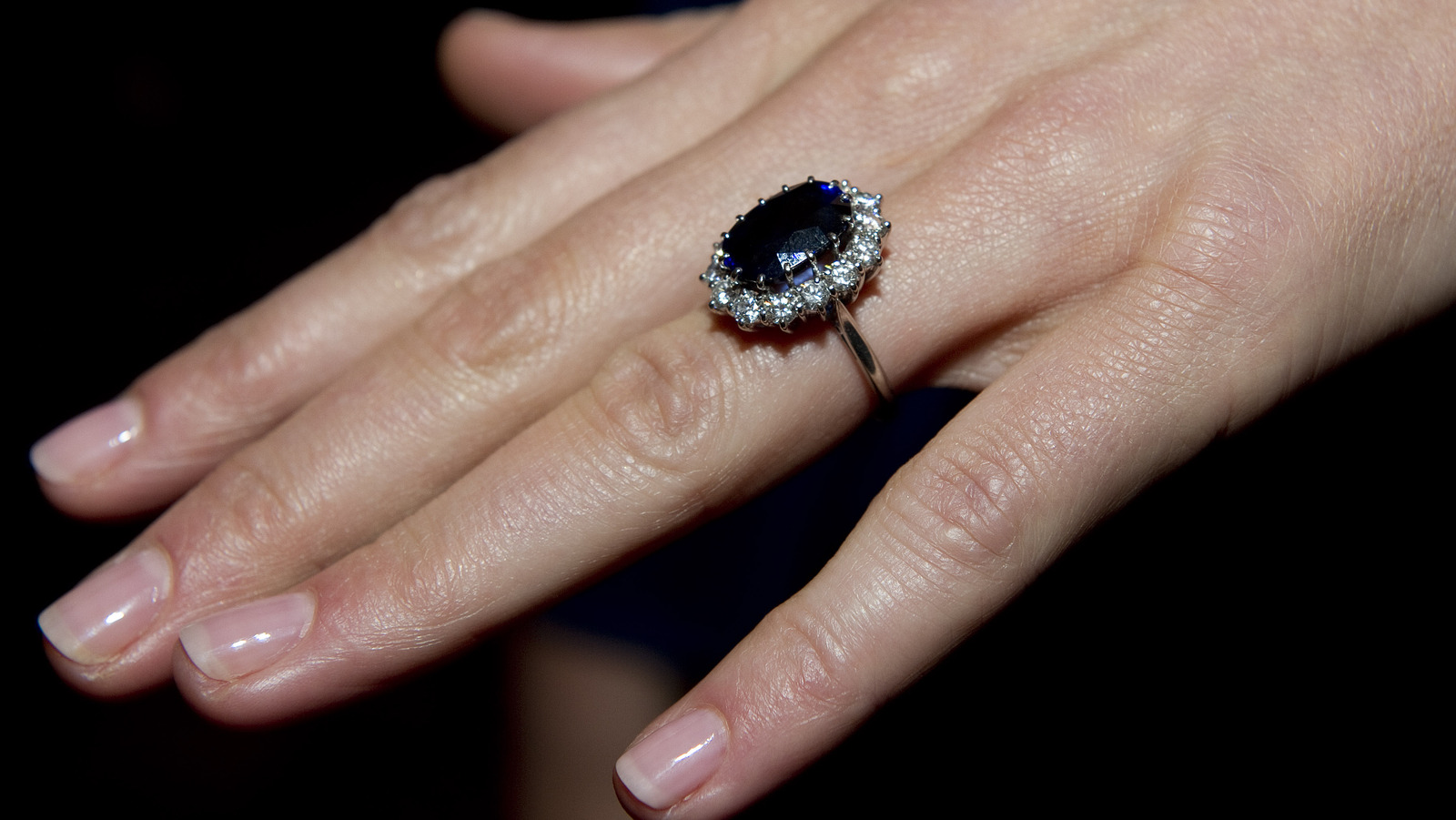 Prince Charles went to British jeweler Garrard to pick out a few rings for Princess Diana to choose from, and the blue sapphire ring was one of them. The ring was said to resemble a brooch Prince Albert commissioned Garrard to make for Queen Victoria, which she wore on her wedding day. Garrard’s creative director, Sara Prentice, told Vogue that “it would have had a strong influence on Prince Charles when he came to Garrard to buy a ring for Lady Diana.”

Despite the royal connection, the ring was scrutinized and criticized by the royal family for not being a bespoke creation, according to Elle. The ring was technically available for anyone who could purchase it from Garrard’s catalog and traditionalists found it unworthy of engagement.

The Duchess of Cornwall’s engagement ring stuck to tradition, in that sense. “The Queen Mother was first seen wearing the royal jewel in the 1980s after receiving it from King George VI,” Steven Stone’s Maxwell Stone told Express. He went on to say that Camilla’s emerald-cut diamond surrounded by baguette-cut diamonds “is traditional, while Diana’s sapphire ring is bold and broke royal tradition at the time… Now, as Kate Middleton has inherited of Diana’s ring, it has become a new royal heirloom in her right.”