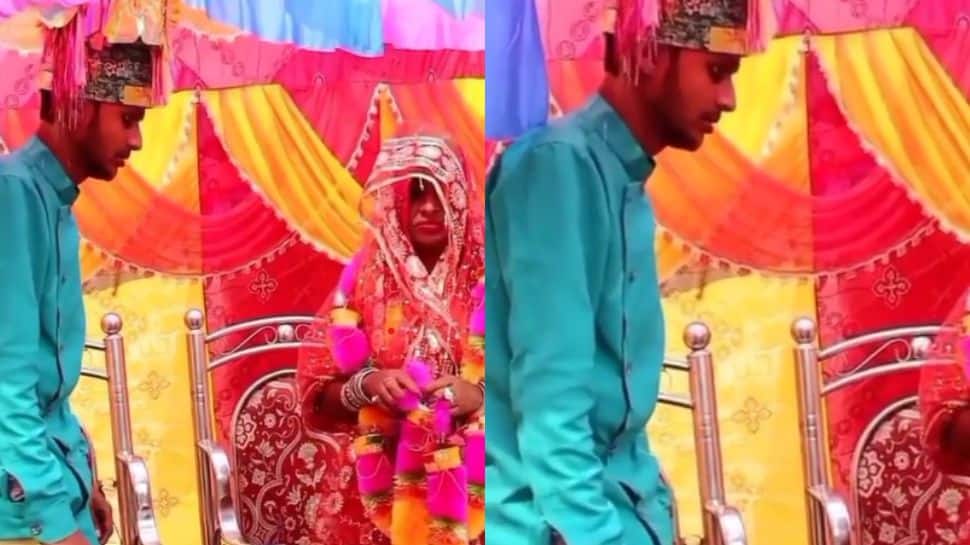 When there is an Indian wedding, you can always expect drama, but what this bride did at her wedding is straight out of a Bollywood movie or soap opera.

In a video that is going viral on social media these days, a bride called off the wedding at jaimala time, why? Because the groom is uneducated.

In the video, the bride can be seen taking a firm stand on stage at the moment of jaimala. While the groom exchanges a garland with the bride, the latter refuses to continue the ceremony.

When asked why she confidently says the guy is illiterate and she wants to marry an educated man whom she can treat as his equal and have a conversation with.

While pressured by the guests, the bride informs that she graduated with a B.Ed and is looking for a partner with the same level of education who can converse with her in English.

When a man in the crowd asks her why she didn’t refuse when the marriage was arranged, the bride clarifies that she was opposed to the match from the start but her father pushed her to marry because money.

With the internet divided over whether the girl did the right thing by calling off the wedding at the last moment instead of taking a stand early on to avoid embarrassment, all are applauding the lady’s confidence and conviction.

“Hats off to this girl. Education is the thing that comes first no matter how wealthy a person is. It is commendable that this educated girl speaks for herself and is adamant about her decision not to marry This shows India’s progress,” wrote another.

The video was shared on Instagram by a page named bridal_lehenga_designn. The clip has received over 40,000 views and 1900 likes so far.